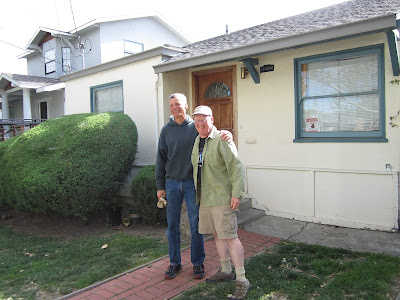 Way back, many moons ago, we teamed up with John Solomito, and through lots of discussion and dreaming, he designed our new house for us. Bill has worked with John in the past and they have similar aesthetics when it comes to building houses, so it made sense to go to him for the original design. Even though our project was put on hold for several years, we never lost the affinity we feel for his design. He will be side by side with us through this project and celebrate when his design finally stands before us. Exciting!
Posted by Annette Boyer and Bill Rankin at 12:08 PM No comments: 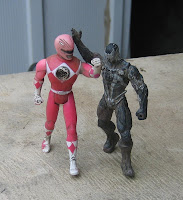 Posted by Annette Boyer and Bill Rankin at 12:03 PM No comments:

So, off on our big adventure we go!

We bought our house in 1999 and have been planning to remodel ever since. Lots of stuff happened between then and now, and we are just now getting into the big project.

The house has been, well, serviceable but hardly beautiful or warm. Literally. On winter mornings, it was often colder inside the house than outside. We assumed that there was not a stitch of insulation in the house, so the demolition became a fascinating process. More on that later.


One sad thing was losing our sweet Nikki shortly before the demo started. She was ailing terribly and in hindsight, she would not have handled all of the disruption very well. So, we said goodbye to our sweet girl, the original job dog, right before a lot of the craziness started.  This photo is how we would like to remember her, young, energetic, and loving her life with us. Woof!
Posted by Annette Boyer and Bill Rankin at 10:44 AM 1 comment: