Not new dog gets a new trick

After the rough stairs were built, Kyro took to them quickly. But, Hank wouldn't make the climb. We believe that his former people mistreated him and he seems to still have a few bad memories. It's not often, but he has moments when he looks frightened and mistrusting. So, when it came to the stairs, we let him take his time, with Bill sometimes carrying him up to the second floor. But then! Hank gathered his courage and Bill snapped a shot of bravery in action! Go, Hank! 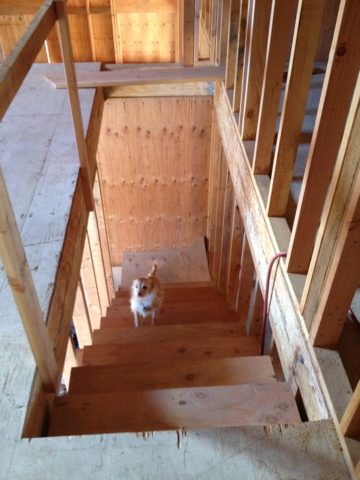 Posted by Annette Boyer and Bill Rankin at 9:05 PM