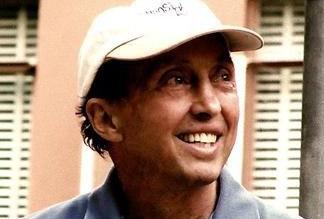 When we started planning some of our home's details, we looked into making it more environmentally friendly. That can mean a lot of different things to different people, and we were lucky enough to meet and learn from Frank Schiavo. Frank was a true environmental pioneer who was well known in our area for his expertise in building passive solar homes.

As our discussions continued, Frank invited us over for dinner and a tour of his passive solar home. We chatted over dinner and Frank mentioned how he does not produce garbage at his home. My eyes got big and I burst out with, "You're the garbage guy!" Until that moment, I had no idea that Frank was the person I had read about years before as successfully suing the City of San Jose to be exempted from paying for garbage service because he simply did not need it. Previously, the city insisted that every resident have garbage service, but through his composting, buying bulk items, and reuse of bags, Frank simply had no garbage. Such a rebel.

Unfortunately, Frank died about two years ago but his legacy lives on. As we speak with solar companies and plan not only passive solar but a photovoltaic system, I often think of Frank and his vision and living example. He continues to be an inspiration to us, and we miss being able to show him our progress.

Read more about Frank's legacy at SanJoseGreenHome.com.
Posted by Annette Boyer and Bill Rankin at 10:10 PM