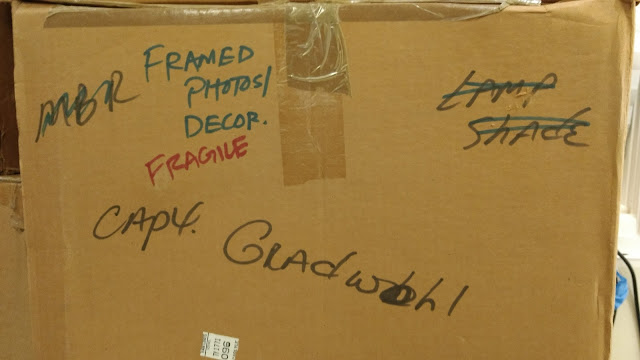 We recently moved some old boxes around as we continue sifting through lots of old stuff and this very old box ended up right next to my drum set. As I stared at it tonight, memories of my last San Francisco roommate and her boyfriend whom she later married, a captain in the Army, came flitting back. So long ago, but some moments so very clear.

I did a quick Google search to see if we could re-connect with them and I was stunned to see that he died in a car accident a few years ago. They had been together through undergraduate and graduate degrees, two daughters, and lots of years. At age 51, gone. All the plans they had to grow old together, cut short. It's somewhat poetic that I should think of them as I sat down to practice something I put off exploring for so long. Be all that you can be, now rather than later.
Posted by Annette Boyer and Bill Rankin at 11:25 PM