What it means to lead...

Back at the tail end of the dot-com boom, I started working for a consulting company called USWeb/CKS with many amazing colleagues, many of whom are still role models for me. Just a few months after I started, the company changed its name to marchFIRST, and announced it on, well, yes, March 1. By the end of that year, I had decided to leave and departed just a few weeks before the company declared bankruptcy. Phew. We found this notebook in an old box yesterday and it reminded me of that time, how what was normal then in business is so surreal now.

You can read a bit more about this short-lived company here. 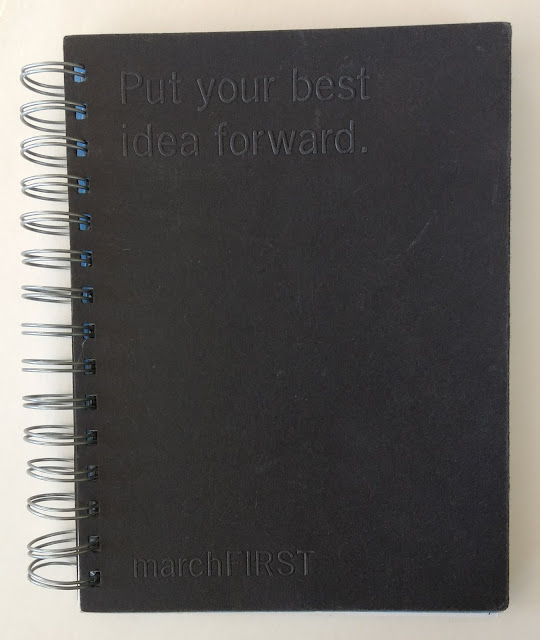 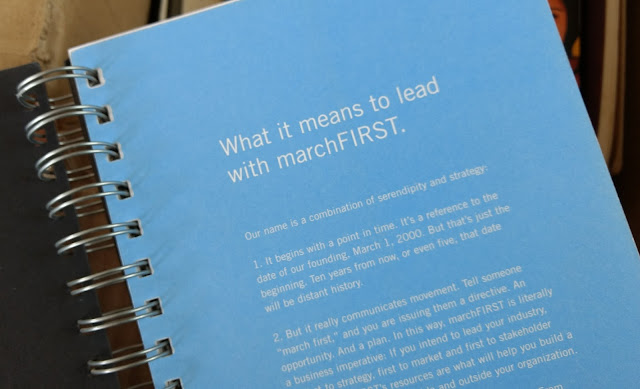 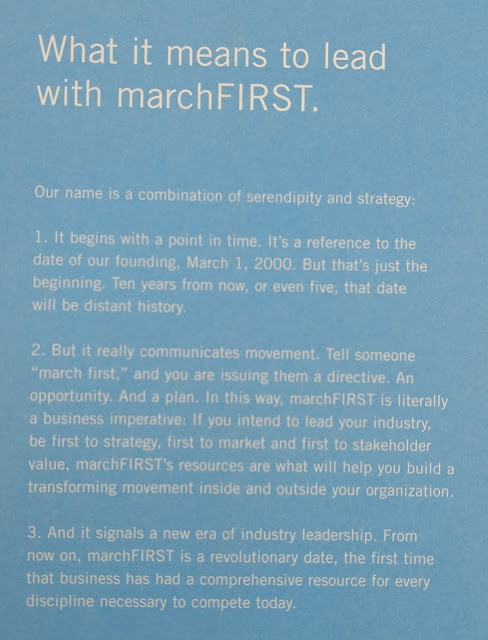 Posted by Annette Boyer and Bill Rankin at 11:37 AM